It’s truly difficult to find one word in the English language that could truly describe the spirit of Sarajevo. It’s hard to grasp that so many layers of history and different cultures could fit into a city with a population of little less than half a million.

Still, from Baščaršija on the East to Ilidža on the West, every street and every corner of Sarajevo tells a thousand stories and contributes to the atmosphere that is without a doubt incomparable to any other place on the planet.

The eastern side of the city is the oldest part of Sarajevo. Its central market, called Baščaršija, was founded in the 15th century after the Turkish conquest of the medieval Bosnian kingdom. Most structures in this well preserved bazaar date back to the 16th century though, which is considered to be the golden age of Sarajevo.

Walking through these streets you might forget that you are in Europe. Tiny allies, colorful persian-like carpets, detailed copper souvenirs, Muslim call for prayer and smell of coffee might trick you into thinking that you are in Istanbul or Marrakesh. Here you will find the oldest religious temples in the city, some of them are among the oldest in Europe. 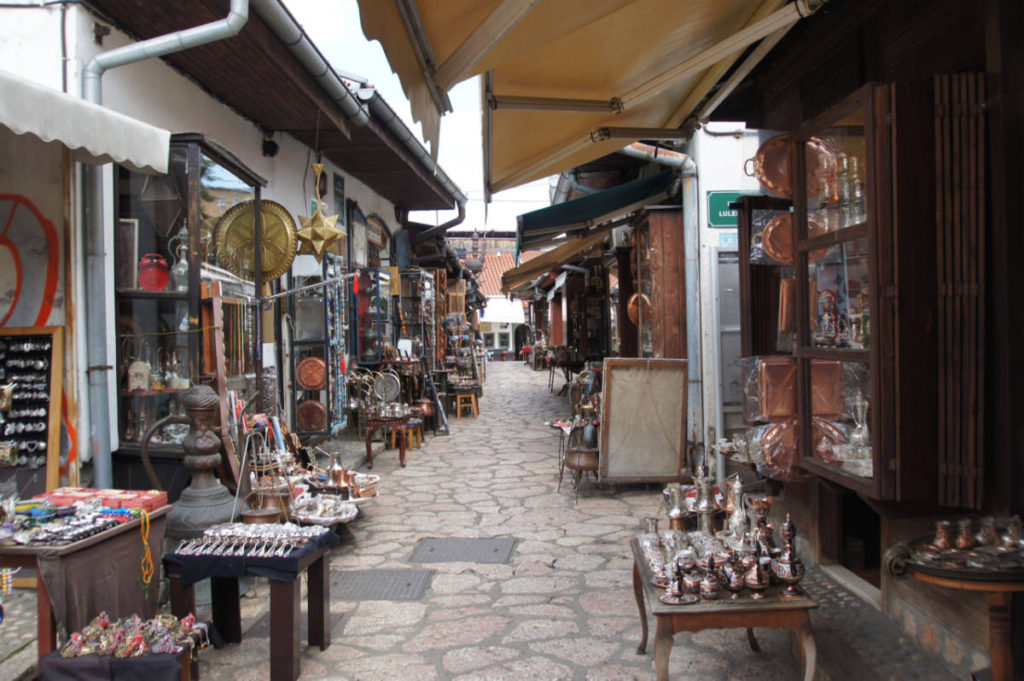 For centuries, Sarajevo has been a home of four major religions. Within a couple hundred meters, you will find a 15th century mosque, a 16th century synagogue, 17th century Orthodox church and a 19th century catholic cathedral. 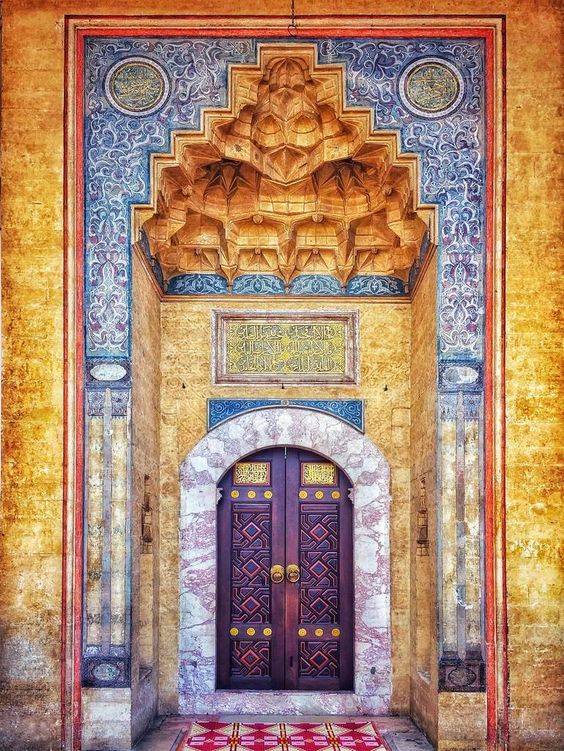 Hills surrounding Baščaršija are assumed to have been populated years before the arrival of the Ottoman empire.

Over the centuries, they became a world for themselves. These suburbs on the hillside are called “mahalas”. People who live in mahalas hold on to their tradition and way of life till this day. Small houses with big, secluded gardens jammed in narrow streets and tiny wooden mosques can be found in every one of them. It’s very rare in the modern world to find a place where people truly know and care for their neighbours, where kids spend days playing outside and people have their own slang and a true sense of community. 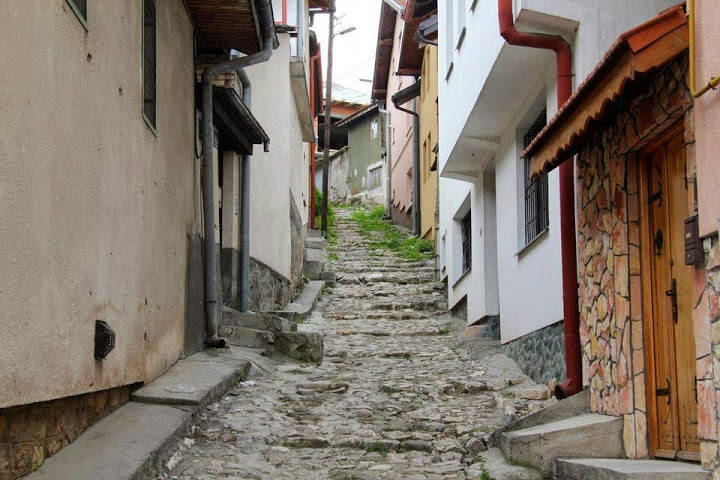 Just five minutes away from Baščaršija is a completely other universe. From the Middle eastern bazaar you walk straight into a classic European capital. In the end of the 19th century, Austro-Hungarian empire took control over Bosnia, and they made sure that they spread their culture and architecture in the city. They were here for a relatively short period of time, but they built a lot. National Museum, National Theatre, railway, Catholic cathedral, many schools and cultural institutions were built in less then 50 years of the Austrian rule. 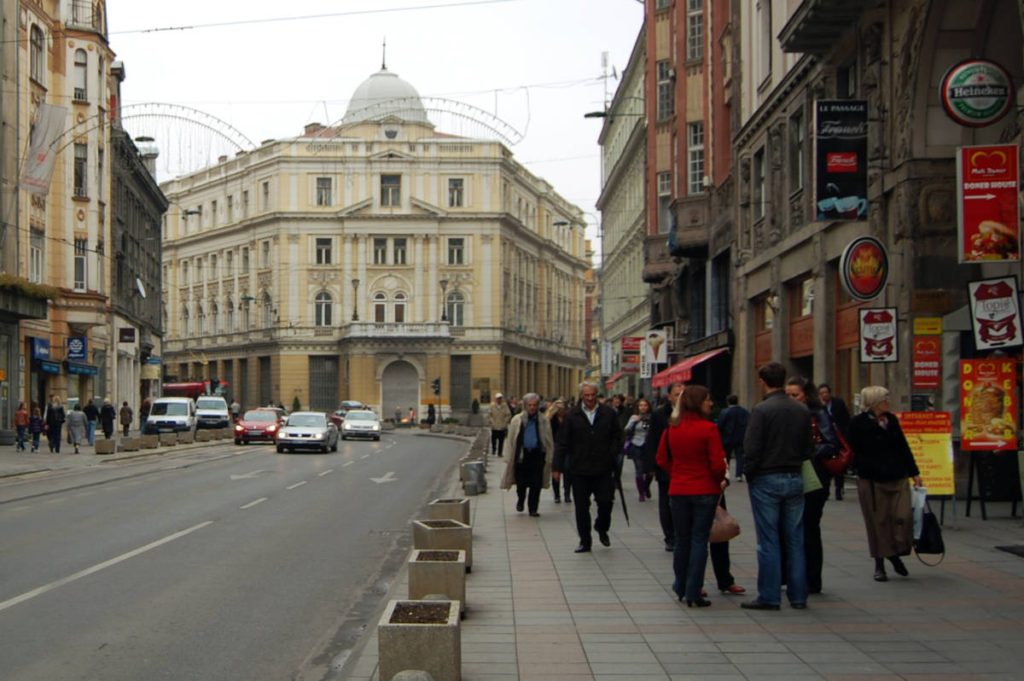 The most significant structure is the City Hall, one of the symbols of Sarajevo. It was built in 1884, and it was a mix of oriental and European architecture. Today it proudly represents the cultural fusion of Sarajevo.

Austro-Hungarian rule brought a fresh breath of Europe to Sarajevo, without destroying tradition and legacy developed over the five centuries of Ottoman rule.

However, the Austrian era ended in a tragedy. On the 28th of June 1914, the heir of the Austrian throne Franz Ferdinand was assassinated on the Latin bridge in Sarajevo. The man who killed him was called Gavrilo Princip and was a member of a terrorist group.

It was suspected that the group acted on the orders of the Serbian government, so one month later Austria-Hungary declared war to Serbia, and set in motion a series of events that led to World War I.

As you move towards the west, Austrian neo gothic architecture is slowly getting replaced by tall, greyish skyscrapers made of hard, cold concrete. 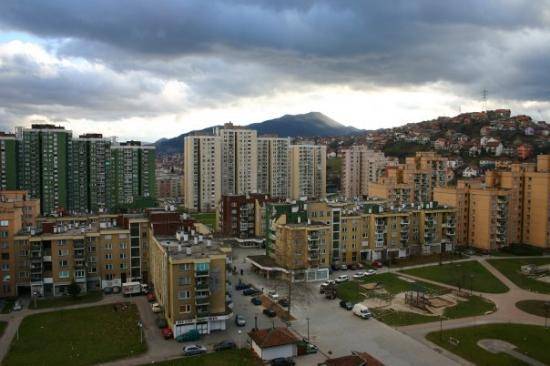 After the end of World War II and liberation of Sarajevo from fascist occupation, a new chapter of Bosnian history was opened.

Bosnia and Herzegovina, with Sarajevo as its capital, became one of six republics of Socialist Federative Republic of Yugoslavia.

Most of Sarajevo that we know today was built during the Yugoslav regime.

As a socialist country remaining free from the Iron Curtain, Yugoslavia adopted a hybrid identity that combined the architectural, cultural, and political leanings of both Western liberal democracy and Soviet communism. 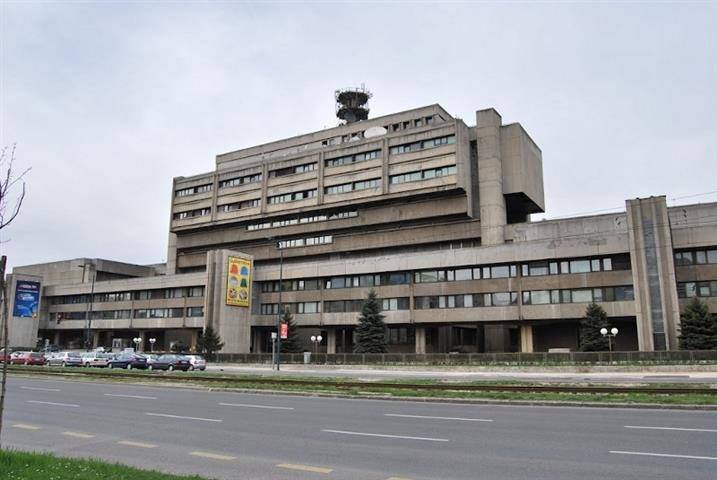 Under the mantra of brotherhood and unity, the new Sarajevo came to life, and today when you walk through the many districts that were built back in the day, it reminds of most places in Eastern Europe, with its brutalist architecture.

It was during this time, that many citizens still talk about with praise and nostalgia, that Sarajevo reached perhaps the happiest and proudest moment in its long history.

According to many people who remember them, that was a good time to be alive. 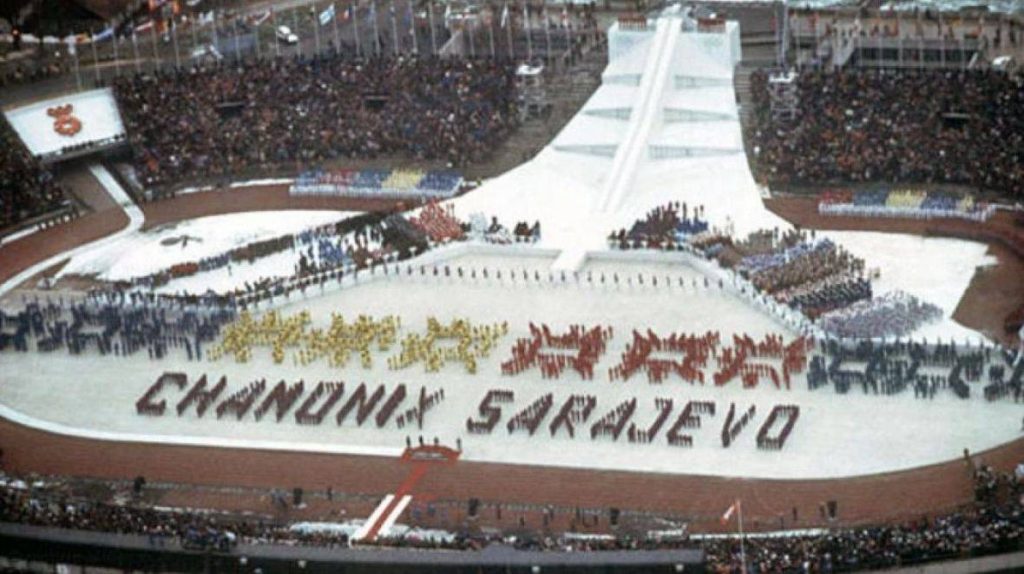 The city was expanded, entire neighbourhoods were built for housing athletes, reporters and other guests.

Tracks for winter sports were built on four mountains that surround the city. You can visit them today. At least what’s left of them.

It was Sarajevo’s dream. It was a representation of everything that Sarajevo stood for. Multiculturalism, brotherhood, love and tolerance.

It was maybe the last truly proud moment of this city, and it’s dearly remembered and talked about today.

On many streets you can still see street art or a symbol of Sarajevo’s Olympic mascot.

Unfortunately, everything went downhill from there.

Following the political turmoil in Yugoslavia in the early 1990’s, Bosnia, along with Slovenia, Macedonia and Croatia declared independence from Yugoslavia in 1992.

That decision led to the bloodiest conflict in Europe since the Second World War.

Sarajevo was under the siege for 1425 days, the longest siege in the modern history. 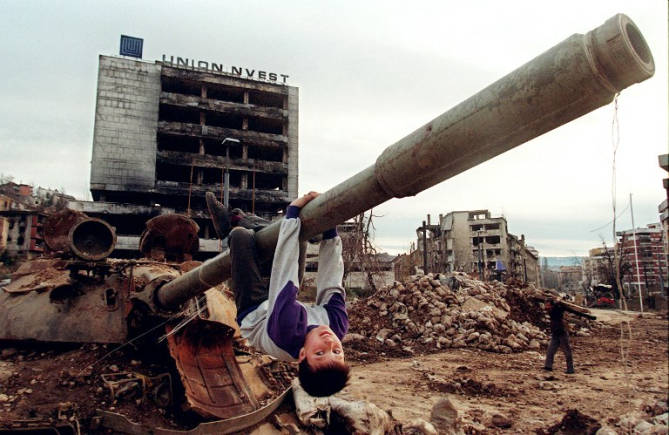 During those days, 11.500 people lost their lives in the city. They were shot by snipers, died because of disease, starved or were a collateral damage of everyday shelling of the city from the surrounding mountains and hills. 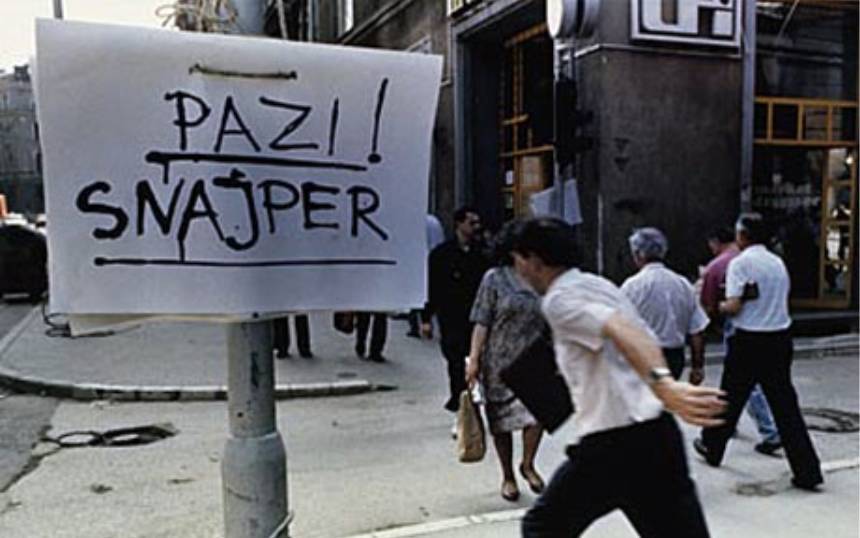 It is safe to say that it was the darkest time in Bosnian history.

Today, 25 years later, you can still see the scars of war. The facade of almost every apartment building is covered in bullet holes. 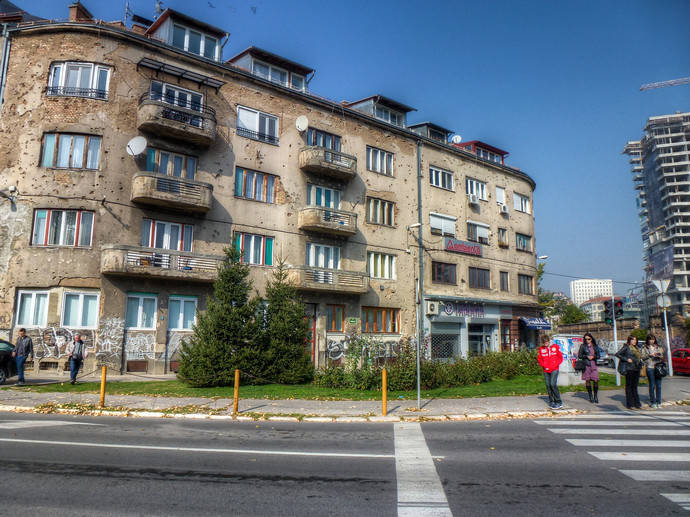 When you walk on the street, you notice red marks on the ground. They are called Sarajevo roses, and they mark a place where a shell had fallen and took people’s lives. There are hundreds, if not thousands of them all over the city.

Every now and then, you can stumble upon a ruined, abandoned building, so blended in the background of the city that it almost seems like it was always a ruin. 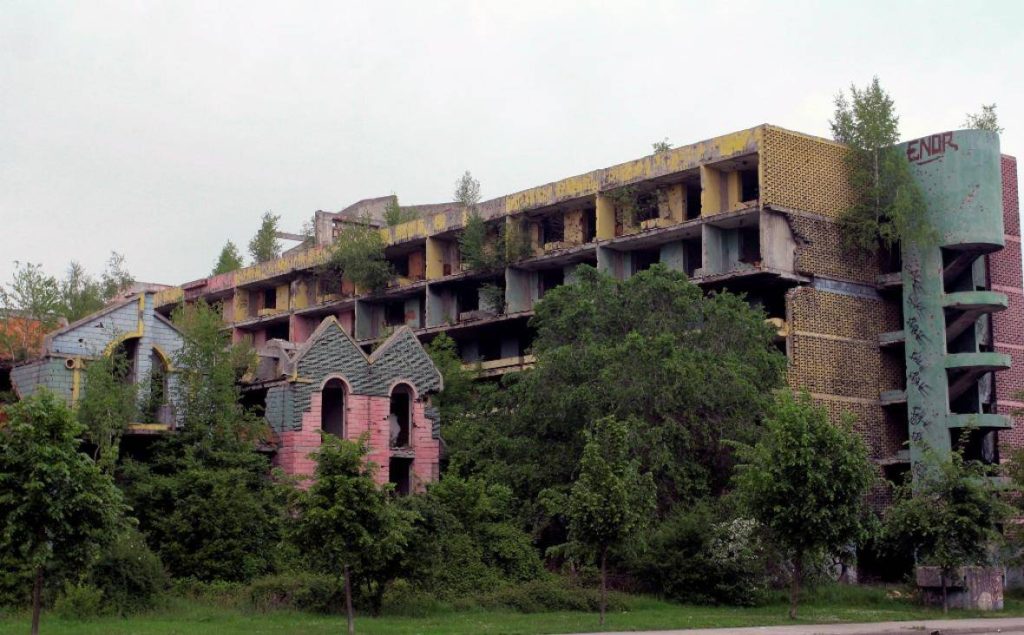 It shaped this city and its people more then anything else. Somehow, the spirit of Sarajevo remained unbroken.

When you take all of these influences, events and cultures and sprinkle the 21st century urban alternative culture on top of them, you get the full picture of Sarajevo.

In Sarajevo you can see a lot of street art, various artists are performing on the main pedestrian street, there are many really cool and unique caffes, bars and nightclubs, as well as art galleries and exhibitions. 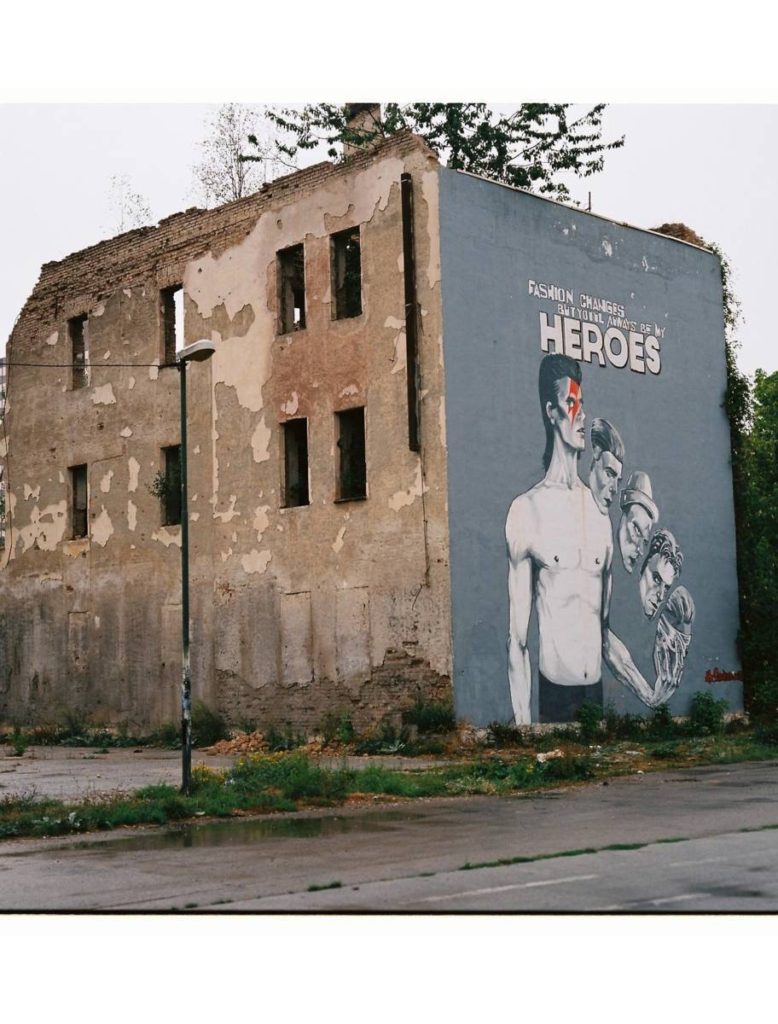 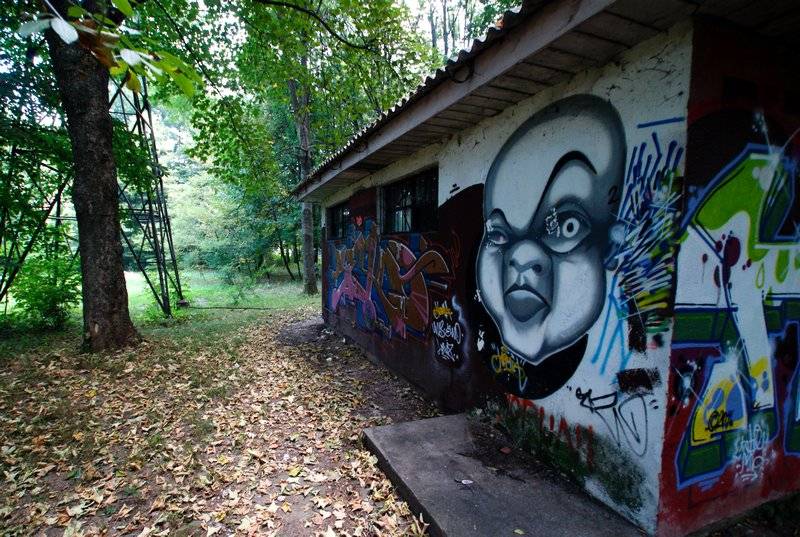 However, this city wouldn’t be what it is without its outgoing, friendly and passionate people with a huge love for sarcasm and dark humor.

Seriously, Sarajevans are some of the coolest, kindest people you will ever meet.

The city of Sarajevo represents a utopian ideal of love, tolerance and culture. A world where people of four religions can live in peace for centuries and where culture and art strive and dictate everyday lives.

Even though the reality isn’t that perfect, this ideal that people never give up on is what makes Sarajevo a truly unrepetable place under the Sun.