Sarajevo is called European Jerusalem or Mini Jerusalem because it is a home to four great monotheistic religions.

Catholics, Eastern Church or Orthodox Christians, Jews an Muslims have lived here for many centuries, therefore there are many old religious temples all over the city.

Representing the Orthodox church in Sarajevo is the 16th century Old Orthodox Church.

The Old Orthodox Church in Sarajevo, which is dedicated to Archangels Michael and Gabriel, is one of Sarajevo’s oldest houses of worship. 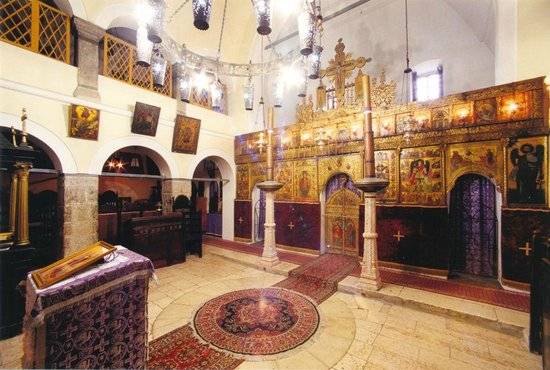 It is presumed that the structure was built in the middle of the 16th century and that an even older church once stood on the same spot.

The church has been burned many times throughout its history, but has always been rebuilt, allowing it to retain an authentic appearance. The last reconstruction was in 1726.

The church houses its own museum, which was founded in 1889. Given the value of the icons in its collection, it is considered one of the most important Orthodox museums in the world.

The museum holds very rare manuscripts, including the famous codex, the Sarajevo Edict of 1307, as well as old coins, clothing, weaponry….